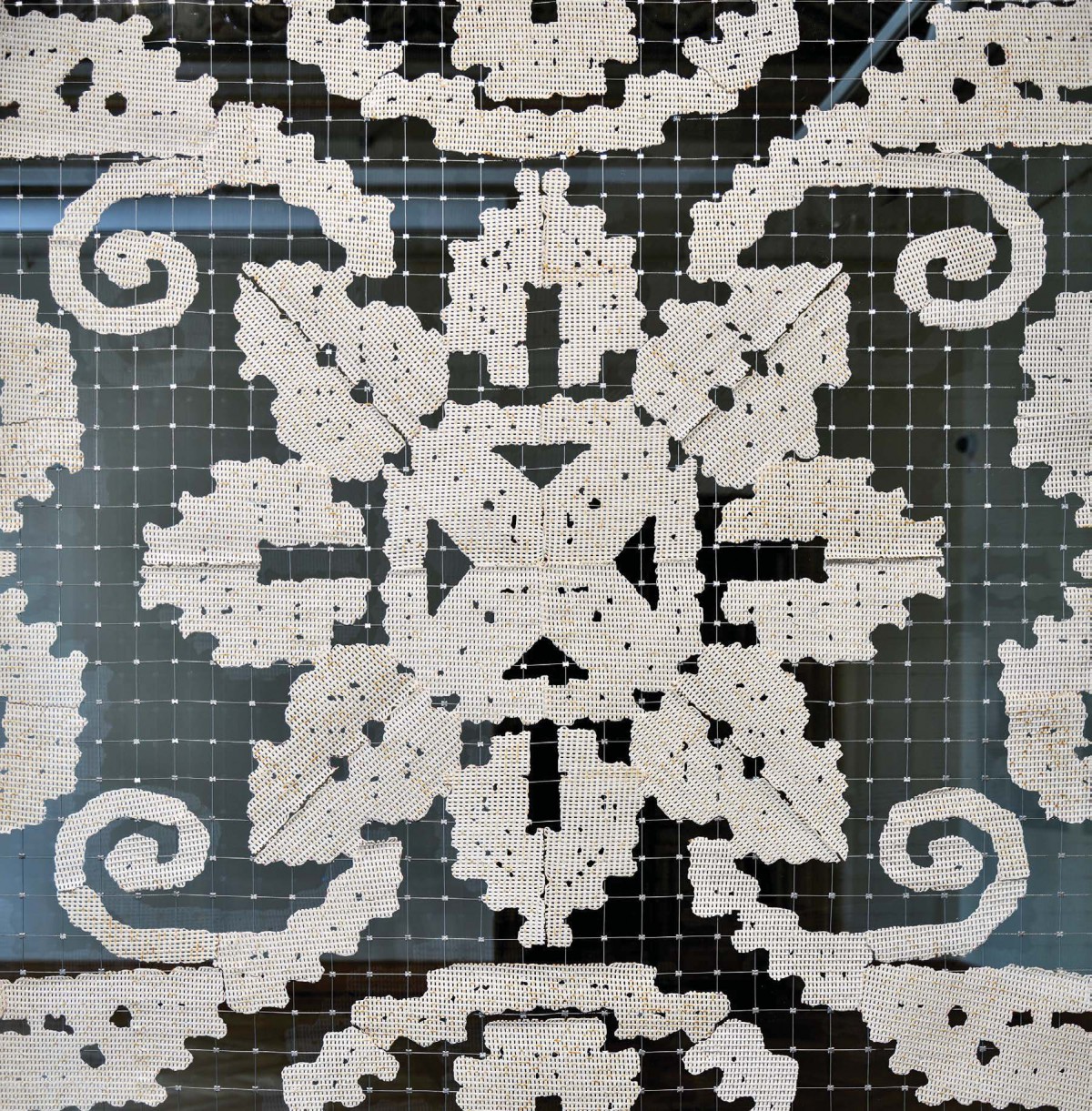 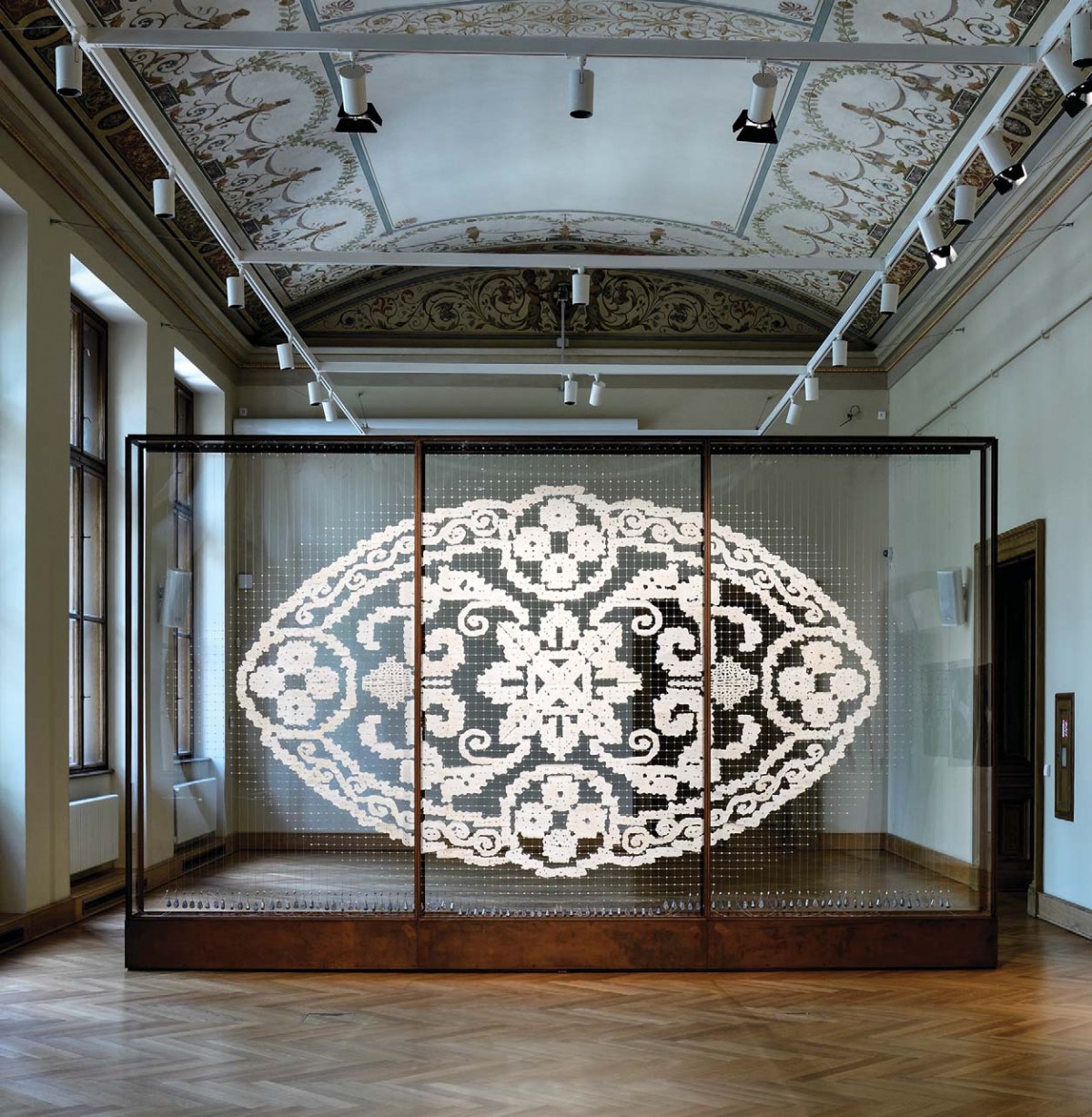 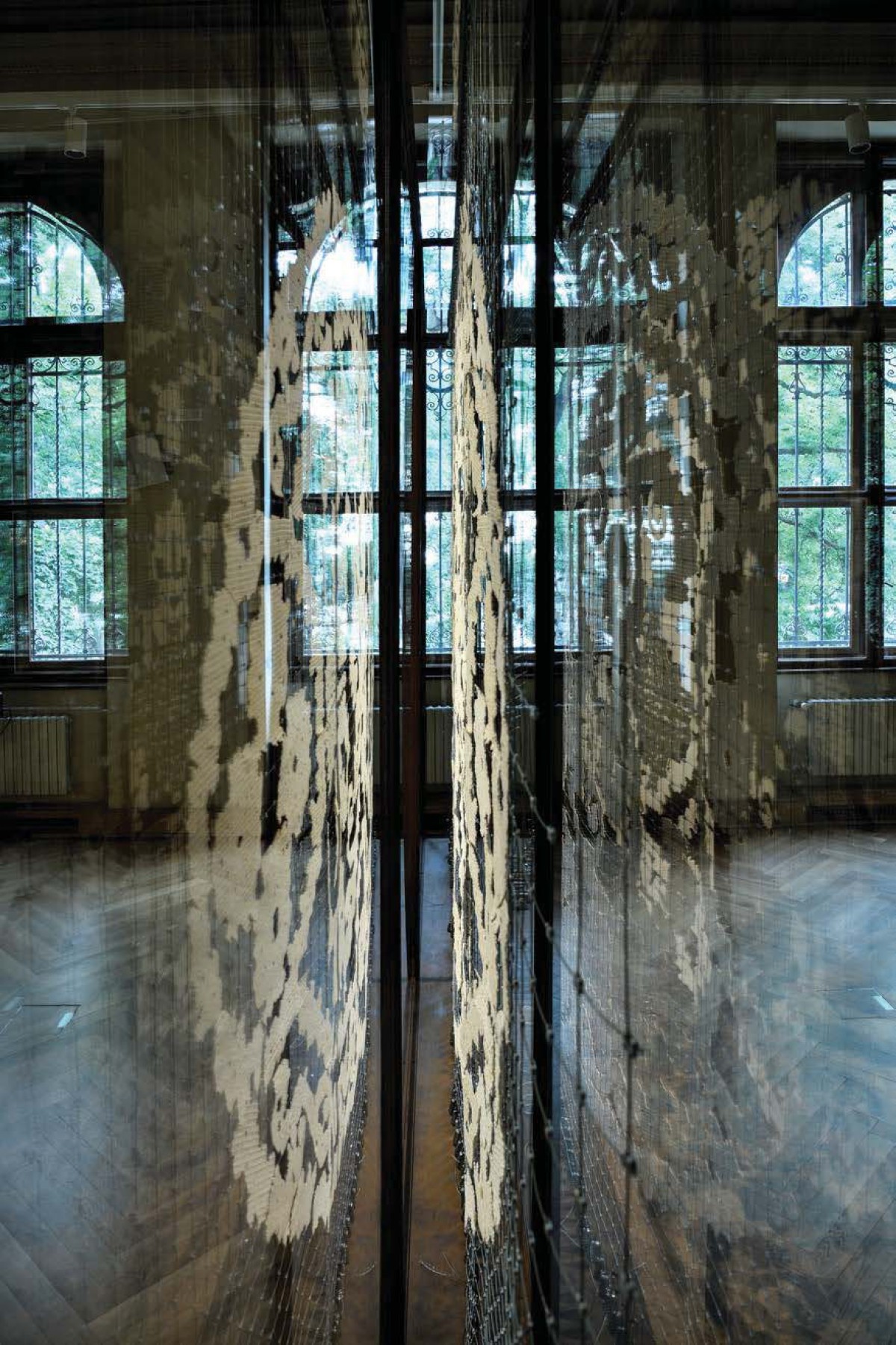 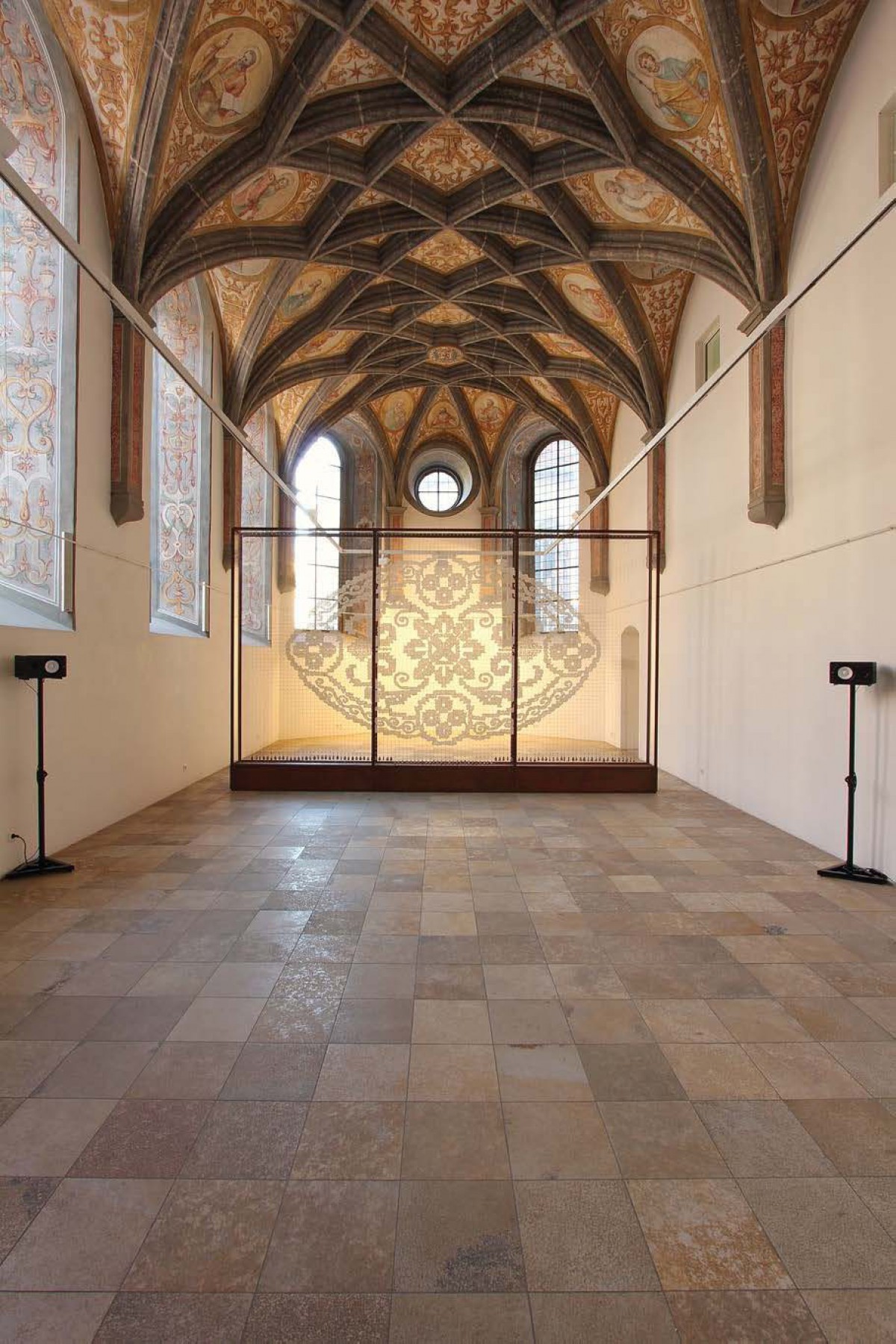 The artistic couple Monika & Bohuš Kubinskí has been active on the Slovak visual arts scene since the early 1990s. Together, they create large-scale site-specific installations – artworks linked to a certain location. Their work is characterized by experiment with unartistic materials, fusion of various artistic media, use of modern technologies and audience interaction.

The Project To Cache was created in collaboration with the musician and sound artist Fero Király and premiered in March 2018 at the At Home Gallery in Šamorín Synagogue in Slovakia. It originated from the artwork titled Cache, which was presented at the cultural space Platform 1-12 in Topoľčany, Slovakia, in 2017. In June this year the artwork was exhibited at the Kunstverein Passau in Germany in the inspirational space of the chapel St. Anna-Kapelle. Since the static installation became a wandering object looking for its final refuge, for the actual presentation in the Museum of Decorative Arts in Prague, we added to the title the word Nomad.

The object is installed in a special plexiglass display case that evokes a museum artifact – protected and preserved in memory. The key element of the whole project is the theme of memory.

The word “cache” means something hidden, but also the fast storage buffer in the central processing unit of a computer. By adding the word “to” to the title, the noun becomes a verb, thus referring to the current form of the installation for which time, movement and interaction are important factors.

The title To Cache can be perceived as a metaphor of the problematic coping with the collective memory and the history of Slovakia, especially the fascist regime during World War II. Only when we finally deal with such dark spots in our history we will be able to “boost the performance” of today’s society, again suffering a disturbing rise in xenophobic, anti-Semitic and radical views. Unfortunately, modern communication technologies such as the Internet and social networks only help to spread these ideas.

Monika a Bohuš Kubinskí have worked with similar topics also in the past. In the series of happenings titled Exxkluziv they baked Christmas waffles with visual references to the current increase in extremist moods in the society. In the exhibitions titled Front Line, presented in Prague, Šamorín and Košice, they worked with the collective memory of the two world wars of the 20th century.

The monumental object To Cache is made from a very fragile and artistically untypical material – matzo, traditional unleavened Jewish bread. The artists cooperated with a bakery in Zlaté Moravce, which is the only one in Slovakia using traditional hand-made methods to bake matzo in a special, over a hundred years old machinery. The link between tradition and contemporaneity is represented by the visual similarity of matzo and the matrix model of a computer memory, as well as the way of installing the matzo on a steel-wire mesh grid.

The visual appearance of the work is based on an authentic heirloom – a crocheted tablecloth made by Monika Kubinská’s grandmother. This reference to a dining table as a symbol of meeting and family well-being is a metaphorical invitation to a table where people of any faith, race or nationality can sit down and find understanding and common speech. Because, at the present time, communication is an extremely important prerequisite for our fragile human relationships not to result in fatal conflicts similar to those of the past that unfortunately slowly disappear from our memories.

The audio component of the installation works with voice tracks that the audience records with a microphone. The recordings are stored in a computer’s memory, digitally processed and layered. Words from different people are randomly combined to sentences and create new, unexpected contexts. The reproduced sounds change the exhibition space to an acoustic field which reacts with the help of motion sensors to the presence of the viewer. Depending on how the person approaches the object, the sound intensity increases from a soft whisper to a loud, intense noise – as if the object was protecting itself with such a sound barrier. When the viewer passes through, he/she arrives in a zone of silence where the object can be perceived from an immediate, almost intimate proximity.

By recording their voices, the visitors become an integral part of the artwork and at the same time create a connection with the ones who have been here before. A personalized print of their acoustic trace will be provided to them as an artifact they can take home.

The audience is free to say, to sing or to shout anything they want. Words can be used to attack or to defend, but also to reconcile and comprehend. It is up to us which words we use and what intensity of voice we choose. However, it must be remembered that “anything you say can be used against you”…