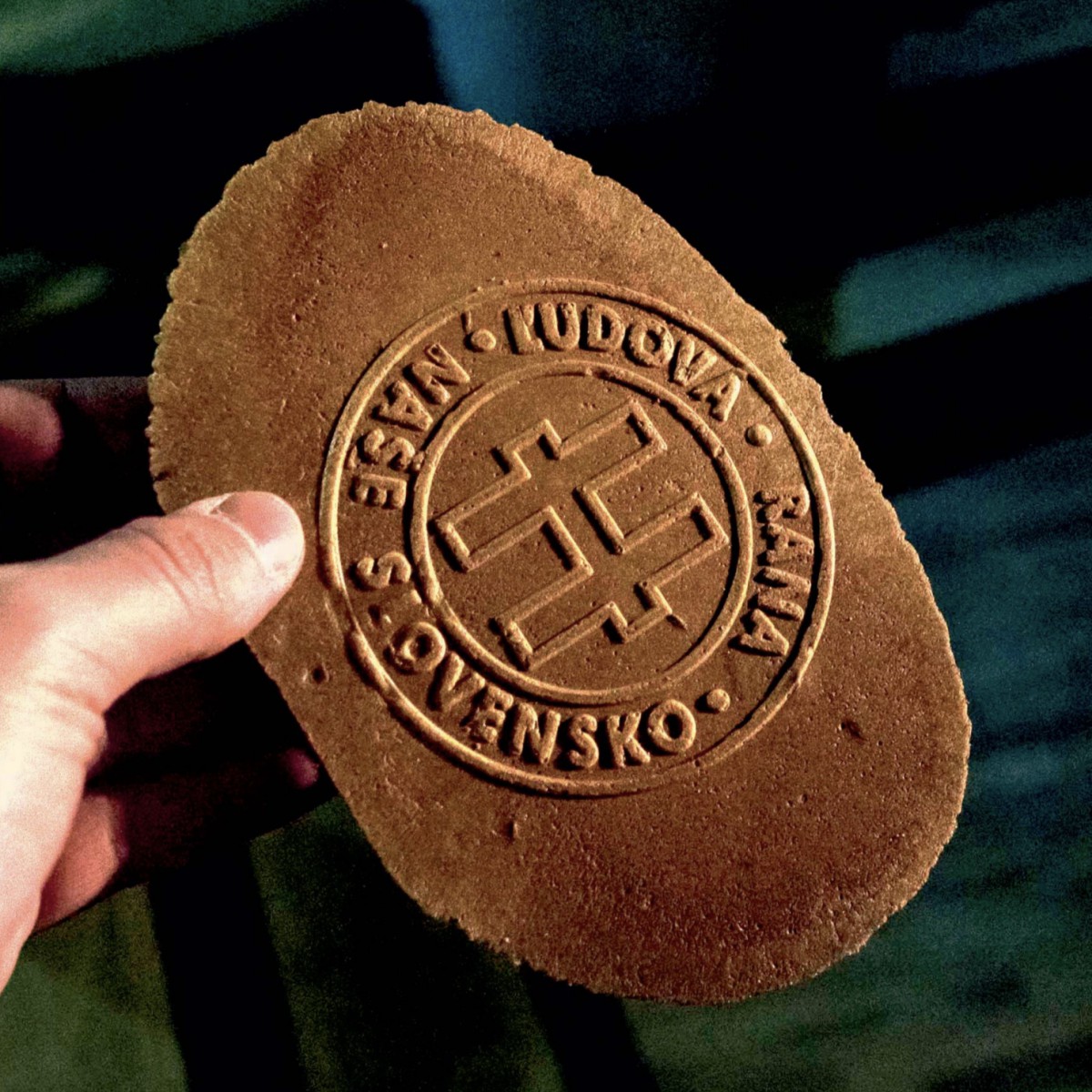 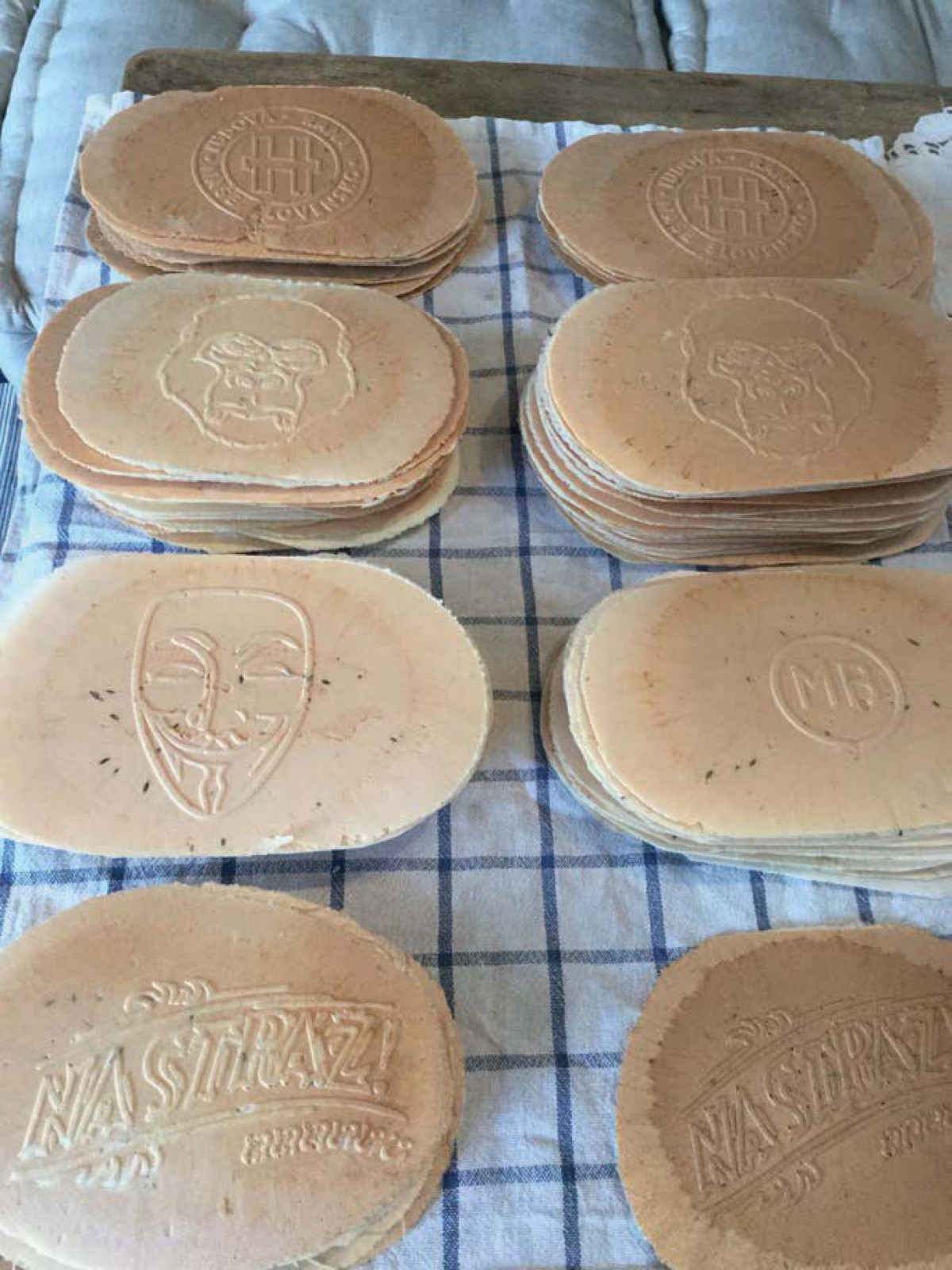 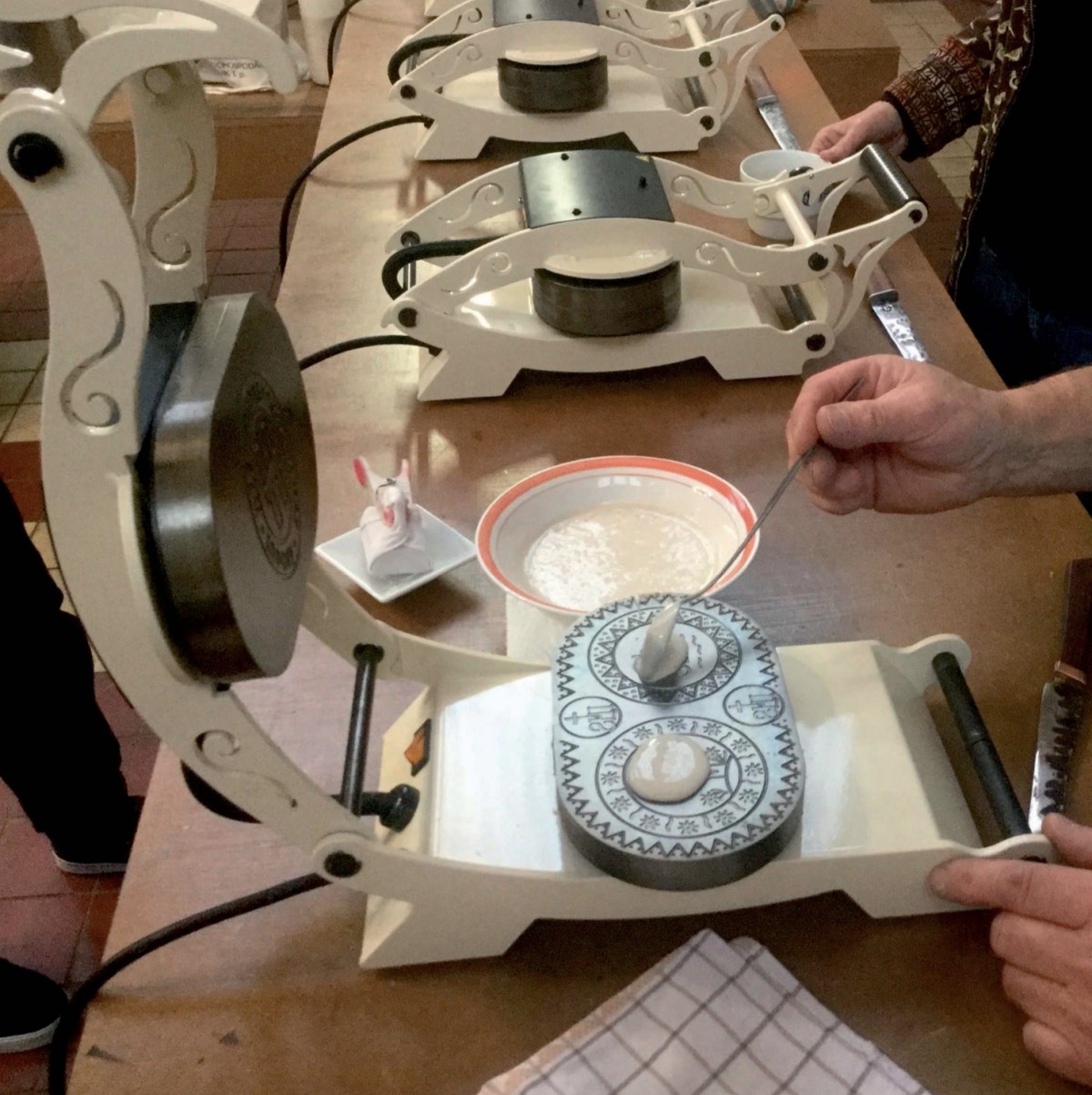 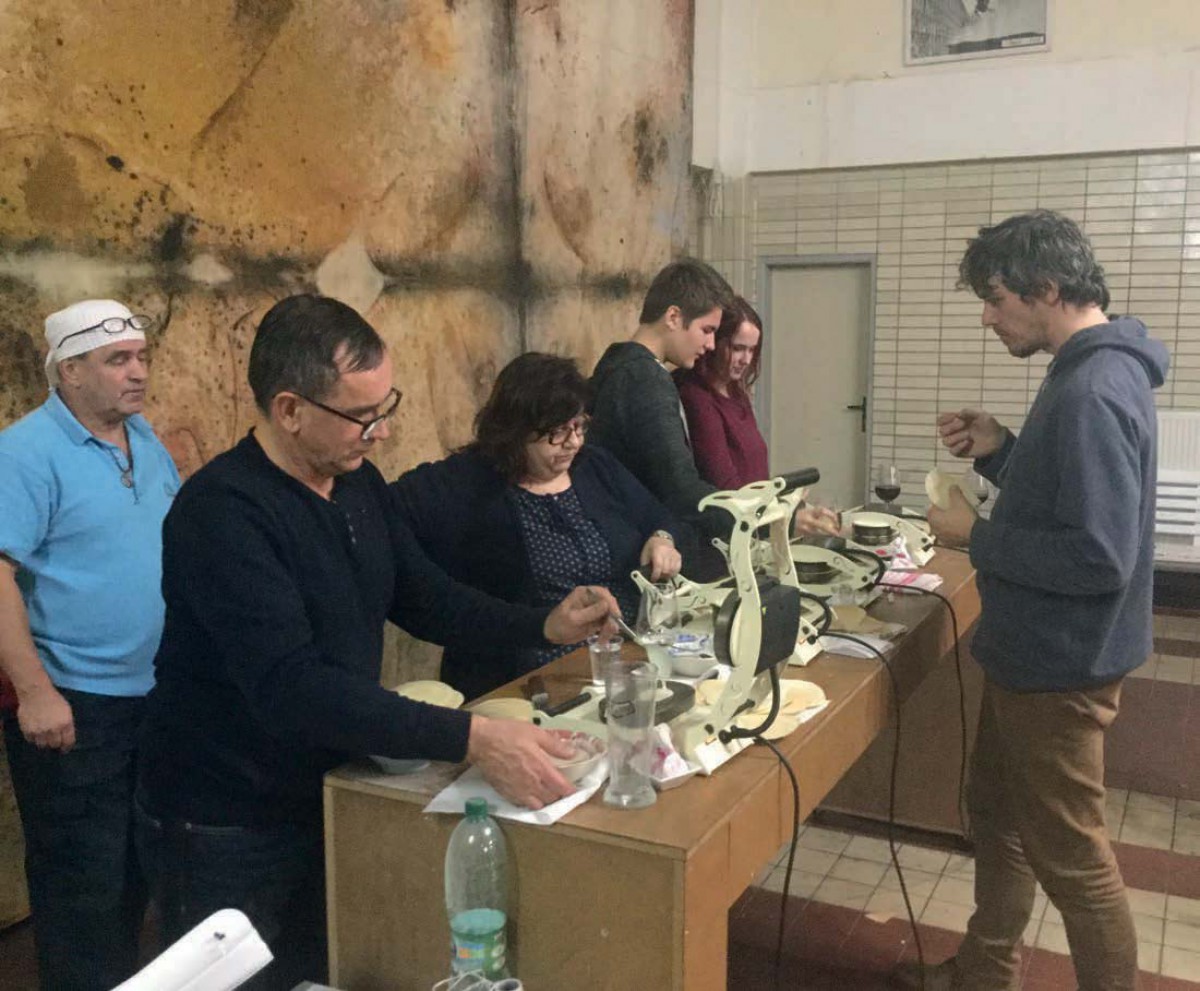 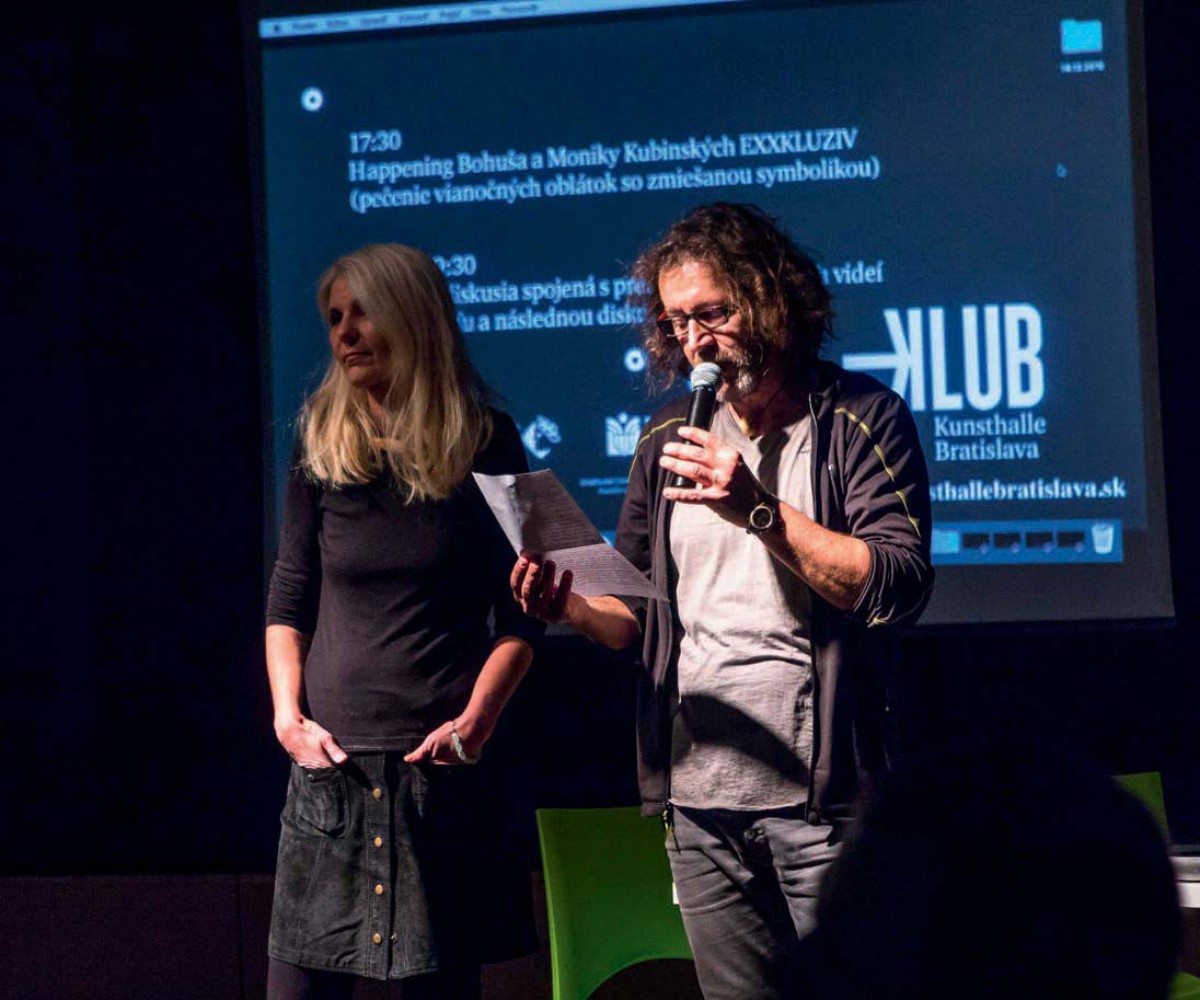 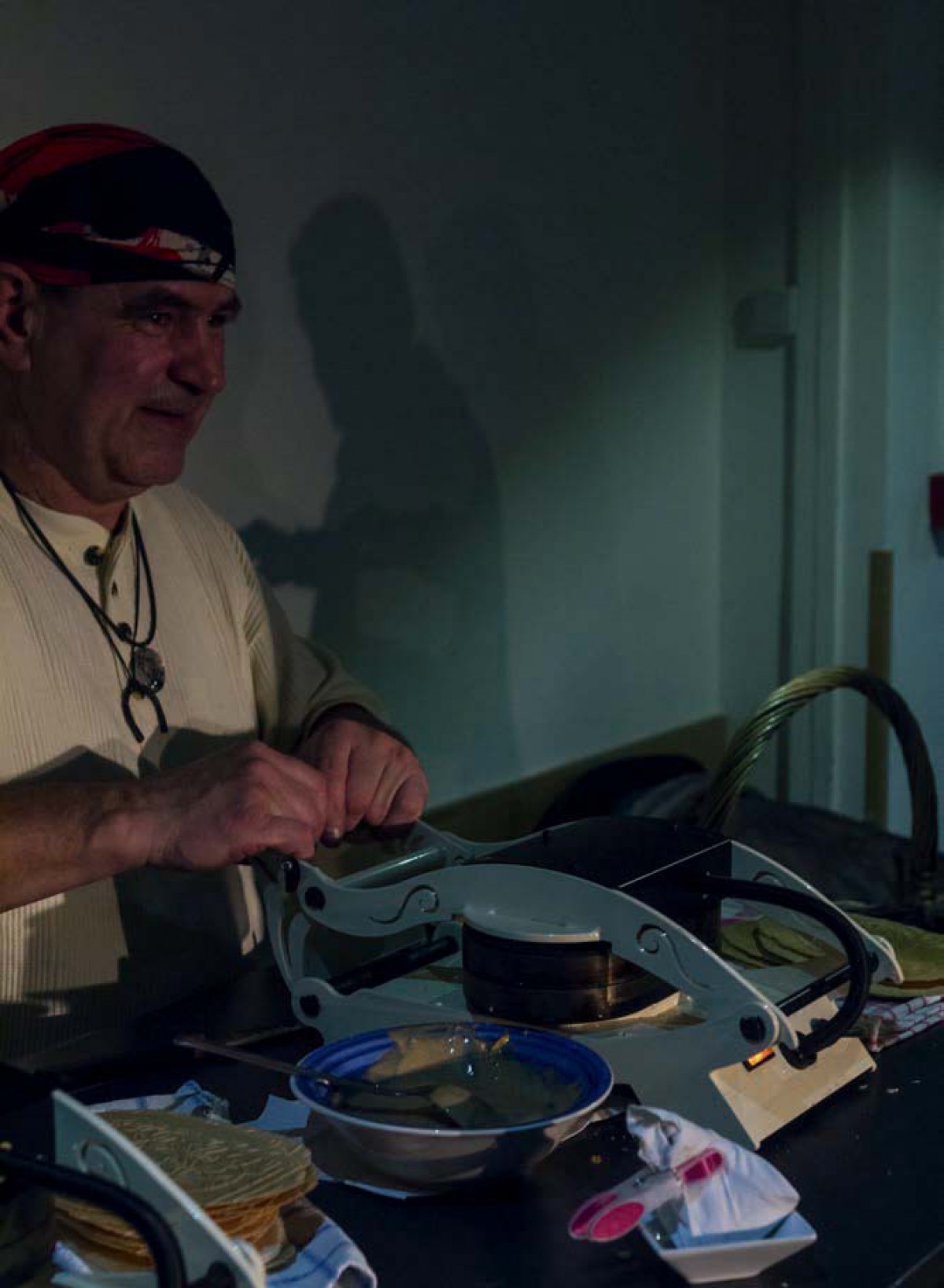 There are explicitly „non-artistic“ (thus surprising in its authenticity) approaches to material solution of artworks – alongside with the classical fine art media – often present in the works of the middle generation Slovakian artists – paintress Monika Kubinská and her husband, sculptor Bohuš Kubinský. (Just recall their “Story” project in Trnava Synagogue – Centre for Contemporary Art, 1995, “Touches” in Bratislava City Gallery, 2001 or the “Front Line” site-specific installation in DOX gallery Prague, 2014 and – most recently – a virtual intervention “Arch/anjel” in Banská Štiavnica, 2015.) Non-classical artistic solutions allow to develop a different point of view on the issue of artists' messages and enrich both its perception and understanding.

In their latest project “EXXKLUZIV”, artists Monika and Bohuš Kubinský took quite unexpected “art medium” in their mind. They reached their artistic message from the perspective of a politically engaged art with the support of folkloric relic – a domestic production of wafers. A commercial instrument for the production of wafers – electric wafer maker “Exkluzív” became the basis for this interactive project. The wafer maker has a bizarre form – it acts almost as peculiar art object (in the ready-made sense). But the authors transformed it into the statement object with the manipulation of the wafer embossments. They started with the selection of naïve motifs and redesigned them in a twisted expression, handling the wafer maker as object of pre-Christmas romantic context confront- ed with the critical phenomena in contemporary society. While the device itself and the front side of wafers represent an attractive and naïve vernacular “midstream” Central European culture, wafers' back mirror the dark side of society. Innocent nativity scene and angels therefore alternate with the iconography of fascist, xenophobic, totalitarian or extremist manifestation of Central European discourse. Such a contrast – moreover highlighted with the “sweetish” and fragile nature of wafers – highlights the disingenuousness or the falseness inherently present in the mask of hospitality and friendliness of Slavic nations (nations of doves) in Central Europe. The artists point out, that some narratives in contemporary social and cultural context of so-called Visegrad Group uncover some- thing completely different.