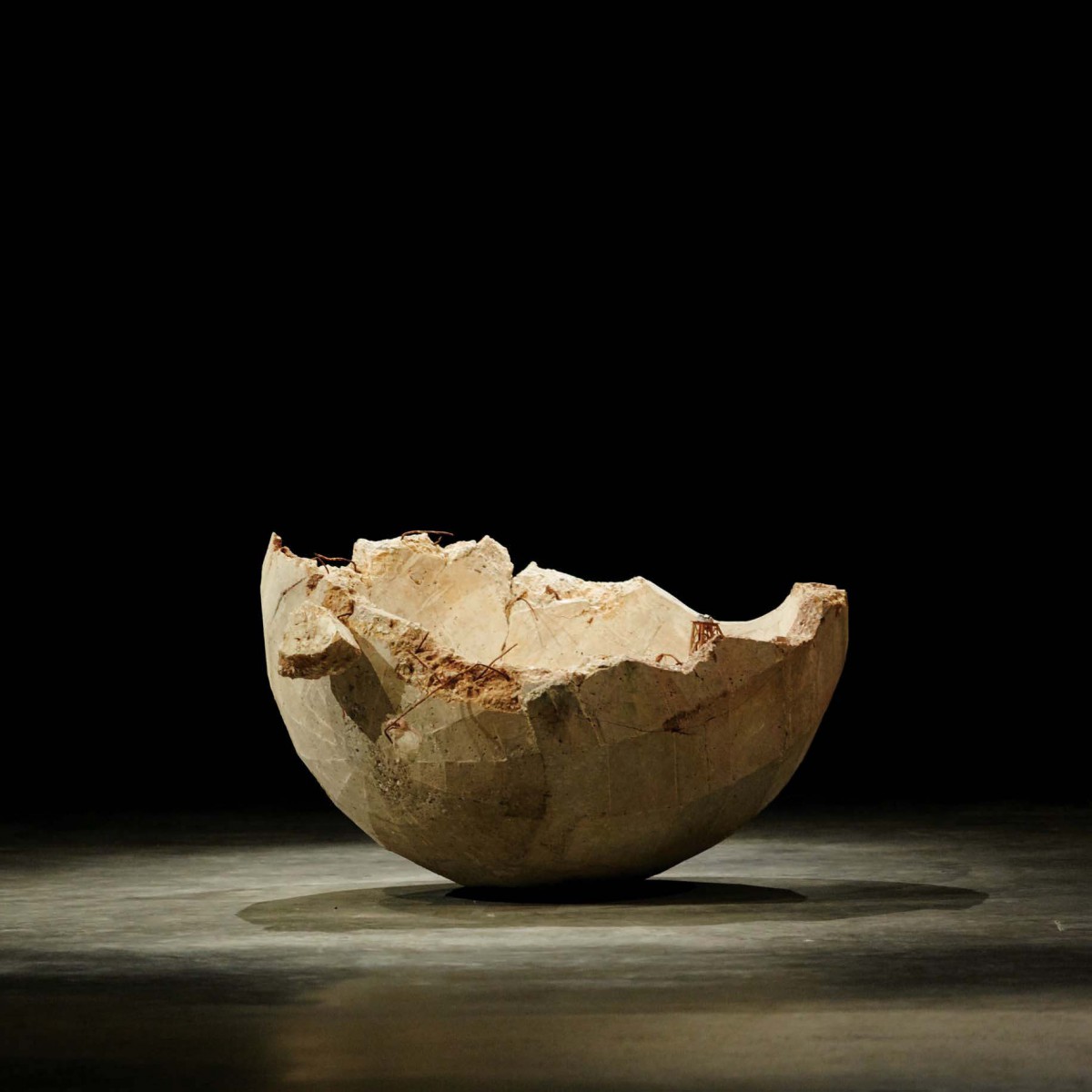 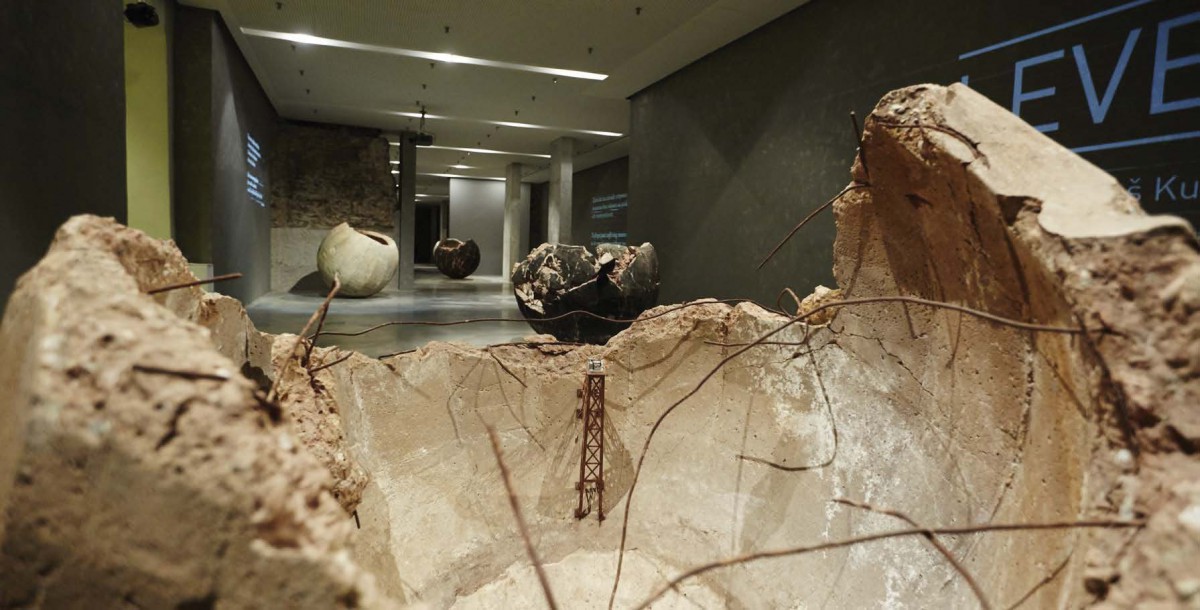 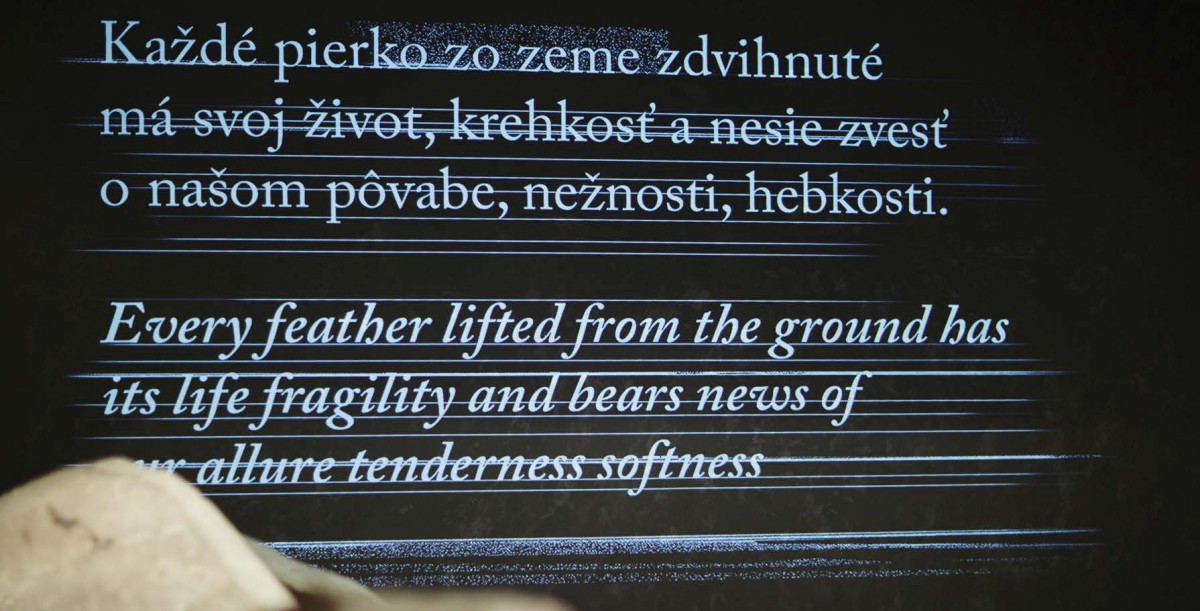 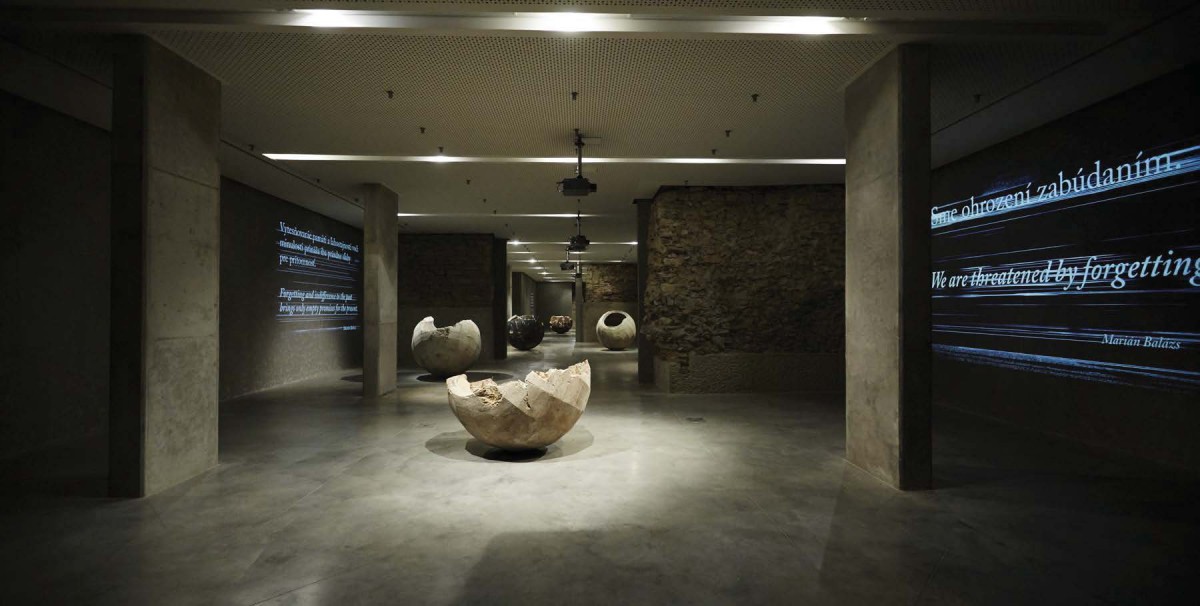 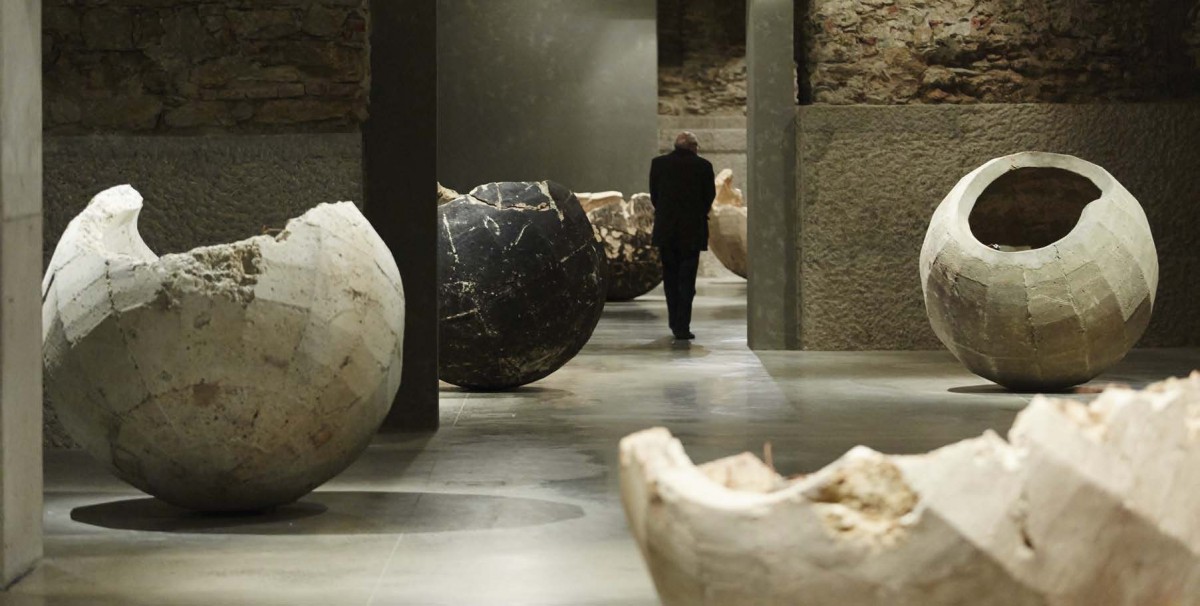 The exhibition LEVEL, staged at the turn of years 2016 and 2017 at the premises of the gallery Východoslov- enská galéria in Košice, may be interpreted in several ways. With this exhibition, its authors, a married couple of artists Monika and Bohuš Kubinský, concluded a series of three exhibitions connected with a common thread of interpersonal relationships and their deformation by war conflicts. The main art medium used in these exhibitions was sculptor's matter in the form of impressive concrete balls. As to their classification, they fall somewhere in the category of “ready-made” objects, as the authors saved them against irrecoverable destruction from a waste disposal site, recognized their artistic qualities and the extraordinarily strong emo- tional potential and, moreover, in subsequent investigative work they found out that they were in fact ball-shaped concrete bunkers from World War II. As archetypally shaped “protective covers”, these “Kugel- bunkers” provided abundance of topics to be processed in art. In the interpretations, they can become cells, but also cocoons or eggs, pure essences of the world or shells of souls (of the soldiers). In the natural “ready-made” beauty, the raw concrete texture or protruding reinforcement, patina and varying level of destruction stand out (some of the “Kugelbunkers” were successfully saved in intact condition, while time has left its marks on others, in the form of a varying degree of decomposition). The “fragmented” condition of the concrete bunkers inspired artists to revive them. Into the hollows inside, they put small music devices which animate their very essence and in case of the last of the exhibitions – the Košice edition of “LEVEL” – they made them “dance” in virtual movement (by means of augmented reality visualized in the digital interface of the present tablets).

A series of three exhibitions of the Kubinský couple dedicated to the topic of war using massive “Kugel- bunkers” as the basis offers an interesting continuity. While the first in the series staged as a site-specific installation in the Prague gallery DOX (Exhibition “Front Line”, 12 June – 29 September 2014, Centrum současného umění DOX/ DOX Centre for Contemporary Art, Prague) drew attention to specific war events and connected World War I and World War II represented by a material allusion of a trench bank interspersed with concrete bunker shells in an organic relationship, the sequel told a more abstract story and also offered a less material but equally disheartening artistic experience. The exhibition “Front Line Depository” that was held from 19 November 2014 to 30 March 2015 in the At Home Gallery – Synagóga Šamorín / Šamorín Synagogue/ complemented the “Kugelbunkers” with libraries of graphic recordings of the war events. In the third exhibition, the abstraction and the dematerialization culminated – in the basement premises of the gallery Východoslov- enská galéria in Košice, the Kubinský couple installed just the “Kugelbunkers”; they complemented their physical presence with virtual reality that helped to make the unseen visible to the visitors.

Digital copies of concrete fragments were made “present” via tablets with a special augmented reality applica- tion thanks to which viewers could discover “another level” of the installation. Transparent ball-shaped bunkers floated loosely in space, rotated and interactively responded to the audience. Advanced digital technology was applied with clever unobtrusiveness: quotations of several authors (Marián Balázs, Michal Hvorecký and Monika Kubinská) projected on the walls served as “identification markers” helping to localize the tablet in space. The authors also encoded a more profound message in their contents.

The Purist installation of clear concrete shells arranged in suggestive exhibition halls (with archaeologically uncovered building foundations) functioned very well. Virtual and physical presence connected into a unified whole drew visitors into a muted, almost liturgy-like situation; it encouraged introspection. Visitors could fully immerse into the perception of natural sculptural quality of “Kugelbunkers” in order to discover the profound meaning (as an urgent message - warning) hidden in their historical identity. They could unroll “threads of memories”, recollections or souls of people hidden in shells made of reinforced concrete, or the pure arche- typal essence – a cell of the “genius loci”.