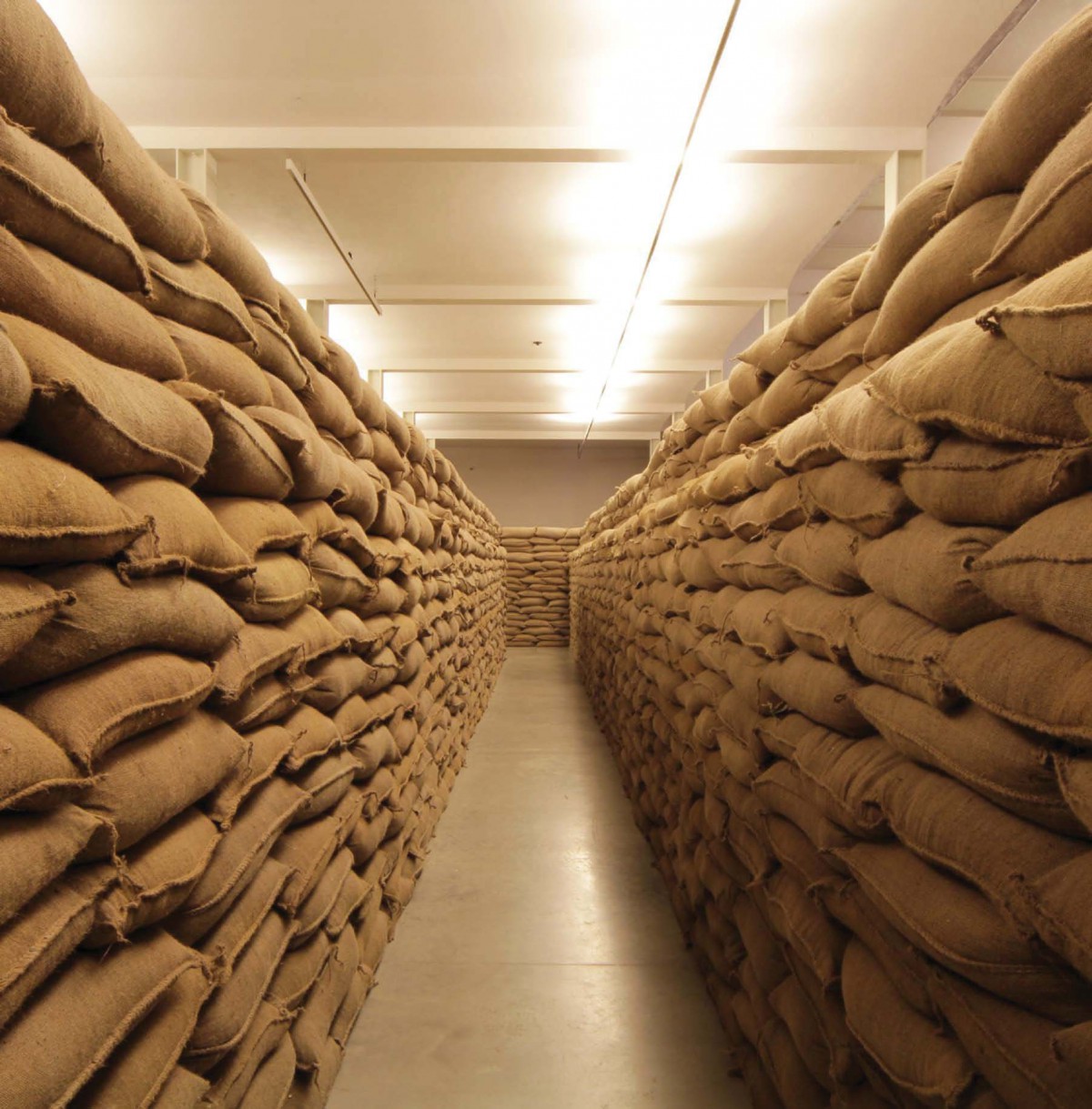 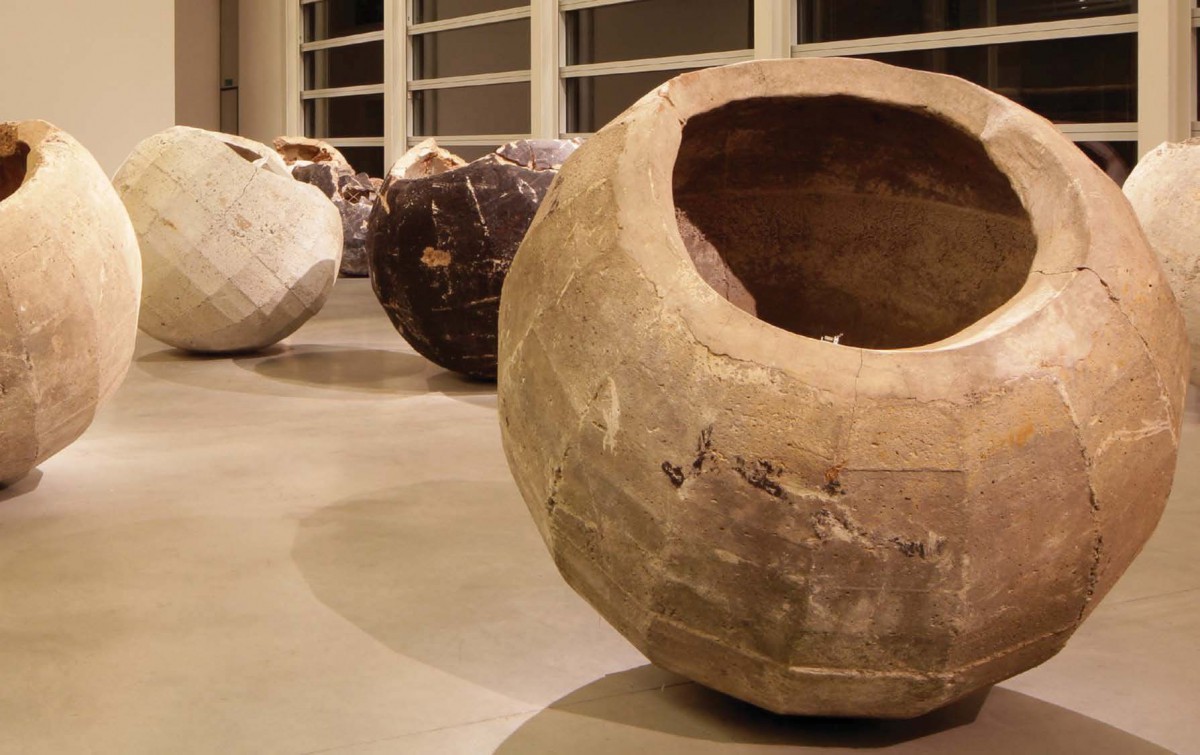 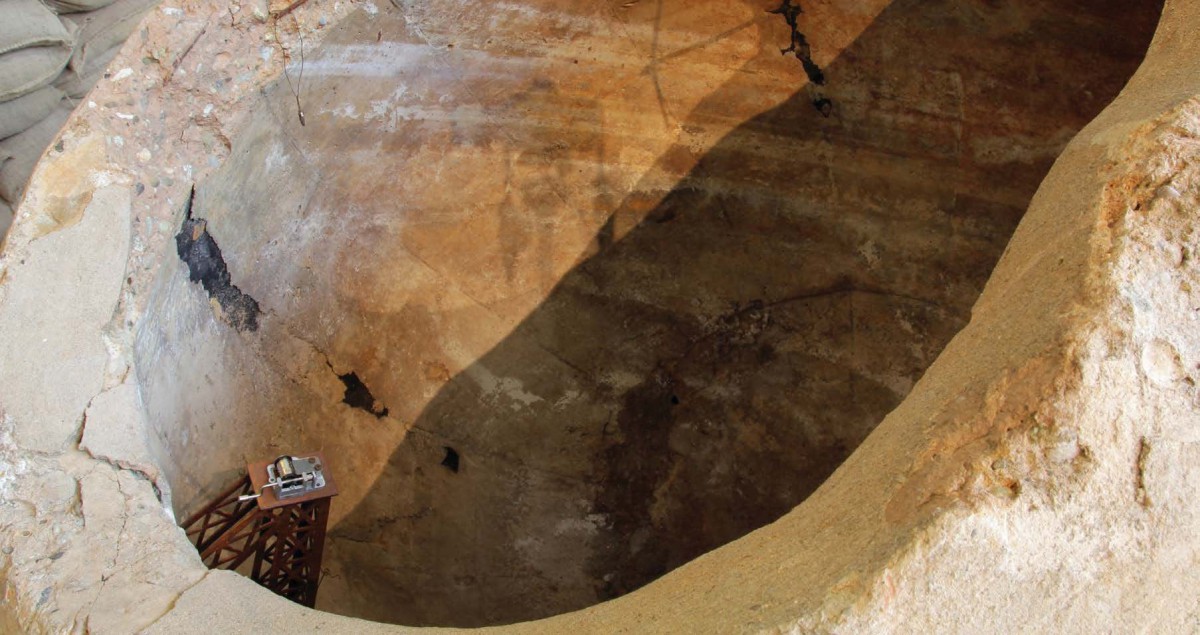 A monumental site-specific spatial installation by Slovak artists Bohuš and Monika Kubinský com- memorates the 100-year anniversary of the beginning of World War I. Here, two battle lines meet: a trench wall evoking Verdun’s defensive system from The Great War, and fragments of authentic anti-aircraft bunkers (“kugelbunkers”) from World War II. Historically, these lines could never have physically intersected, as they are separated in time by over twenty years. In the world of suffering, nothing separates them. The willingness and potential for strategic killing still exist. From this per- spective, the war never ended.

From sandbag fortifications to modern systemic one-man concrete bunkers — humanity’s “human progress“ is incontrovertible. An adult man curled up in a ball, waiting for death. The miracle of life from a human egg ends curled up in a concrete egg in an embryonic position. The circle is com- plete. Human lives, processed into material for the war machine, never played a role in the world of great military conflicts. The second part of the exhibition presents fragments from the life of this “human material”: true life stories of Czech soldiers who fought in World War I.